Here is our son's story. Thank you to any/all who can take his story and share the dangers of vaccines. You are my hero.

After the vaccine injuries and autism regression, what hurts the most is that the CDC knew of the vaccine/autism link back in 2000. My son was born in '08. I believe that without vaccines he would be a "normal" child, talking and communicating, potty-trained, making friends.

His first visible  reaction to vaccines was '09. 53% of children with autism have moms who are rh negative. I too am rh negative. I was bullied into taking the Rhogam shot during Devin's pregnancy. He had the HepB shortly after birth and was jaundiced (immune compromised.) He then had a severe reaction at the 2 month (combined shot) round of vaccines. He had set backs after each round and his full regression and full blown autism was in '10. 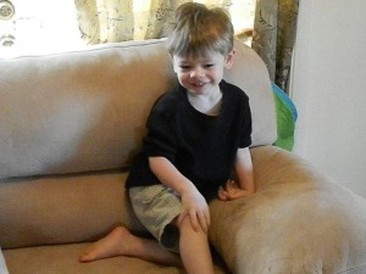 This is Devin's story: 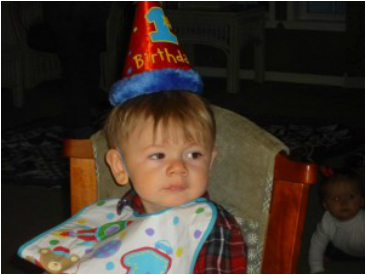 Devin had anemia when he was a baby and we gave him iron supplements. The supplements caused constipation issues. Devin also had problems with his white blood cells and we were sent to Hematology/Oncology for tests. The first tests were not good, but the second tests came back okay and we were told that he was fine. Devin developed meeting milestones, although he lacked facial emotion fairly early on. He did smile and laugh and remained an incredibly easy-going baby. But his reactionary emotions were not there. The same ladies that I was pregnant at the same time with would meet with me periodically for play dates with their babies. Inevitably their little ones would cry, throw a fit, even have a tantrum. Never Devin. He sat like a little gentleman, looking around, seemingly engaged but never getting emotional. There was a noticeable difference between my baby and theirs and I actually felt sorry for them, watching them get frustrated or embarrassed because their child was screaming or making scene at the mall or other public place. Devin had a calm. He had a sweetness. he didn't demand anything. He didn't cry or scream. He was simply always content. 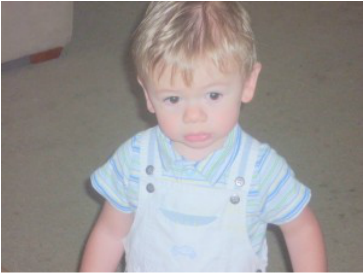 Not long after that I noticed Devin didn't react to my husband and I trying to be silly with him. He had what we affectionately called his, "Nonchalant" face as we picked him up. We would make silly faces, funny sounds, and move him around being silly. He wouldn't break a smile and he would just look at you or look around. He started talking at about 12 months. He said words like dada, bobba (for bottle), up, ow, go, and even his older sister's name, "Chels" (for Chelsea). He started with about 3-4 words and then said more and more. But then he started going backwards. Sometimes he would say a word and lose it. Like he said the words, "Thank you" all day one day. He walked around saying it, but has never said it again...ever. Other words he said all the time, virtually everyday and for weeks and months, only to lose them over time. He also met other milestones like pointing, lifting his hands to be picked up, running to the gate when daddy got home, saying and waving bye-bye. All of these eventually disappeared. 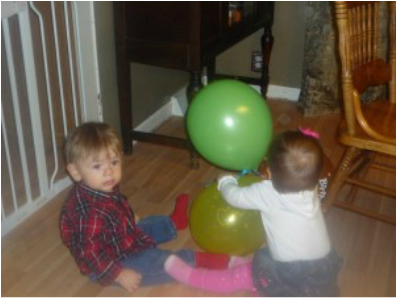 I was pregnant with his little sister and he was 17 months old at the time his sister was born. So I blamed a lot of things on my own behavior being sluggish and very, very pregnant at the time he really started to regress. Maybe I just wasn't giving him enough attention during this time? And maybe he was jealous or a little neglected with all of the attention of the new baby? Each and every time I went to well visits the doctor would ask the usual questions. When he asked about Devin's speech, I would report to him that his words weren't increasing. In fact he was losing words. I continued to question vaccines, although I continued to vaccinate him on schedule (other than the MMR which I delayed because it was "the" vaccine reported to cause problems). Each time I brought up vaccines, my fears were dismissed and I was made to feel like I was overly protective and basically ignorant to the facts of them. I think my doctor had already made up his mind that I was just "that" mom and over protective and didn't take anything I said seriously. He continued to regress and I continued to get more and more concerned and worried about him. I literally watched him lose a word right in front of my eyes. He used to walk around our big coffee table and point to my feet because I painted my toenails and he would say, "Toe!!" He did this all the time over a long period. Then one day he pointed and tried to say the word and it just wouldn't come out. He stuttered and tried again and couldn't say it. He looked confused and tried but eventually just walked away. This same doctor again told me my fears were unfounded. He told me boys developed differently than girls. He even made jokes about Devin's speech saying, "You know how women talk. He's probably just trying to ignore the ladies!" When I pushed the issue even bringing in a checklist I had done online of symptoms Devin was exhibiting, he seemed irritated with me. He looked at Devin and said, "I've never seen him walk on his toes." He had and did and often. But in that small waiting room he probably didn't see it. But he literally laughed when I told him I thought Devin had autism. Sadly I was right.
​On my urging the doctor put Devin on a waiting list with a developmental pediatrician but it could be several months, even a year before we heard from them. So we decided to go out on our own and had him evaluated. He was diagnosed October 26, 2010 with moderate autism. When we got the official diagnosis and it was sent to our doctor, he said, "Well you know it couldn't be the MMR vaccine because you delayed it!" as if to still want to be right. But in fact, Devin regressed badly from the 15-20 month time frame to the point that he would literally sit and stare out into space. I remember calling my husband over and telling him to watch as I said Devin's name louder and louder, even yelling it and he would not respond and continued to stare off. I would then clap and make noise and he still wouldn't respond. We fired our doctor. Since then he has been said by one evaluator as being on the severe end of the spectrum. He started Speech and Occupational Therapy before his official diagnosis at 20 months of age. He also received a grant for ABA Therapy and at one point we had a revolving door of therapists coming in/out of our home. We moved from MI to NC and lost ABA. We continued ST and OT for three years, but it was overall ineffective. We are now doing Mendability, a sensory-enrichment therapy as well as gfcf diet and supplements that are helping. His last diagnosis from his ST and OT was Severe Receptive Disorder and Severe Expressive Disorder in addition to the original diagnosis of autism. He also has severe Sensory Processing Disorder and is "Hypo" sensitive and sensory seeking. He also struggles with Pica. He also has digestive issues, food allergies, and skin issues. When I took him to the dermatologist for severe eczema, he was seen for a matter of seconds and we were simply told it was a skin condition and to use a topical OTC petroleum base cream on his face. But after removing dairy from Devin's diet as well as food dyes his eczema has completely disappeared and not returned. So diet and supplements have helped.

Devin and his sister both had visible seizures as toddlers. His younger sister had no other symptoms, other than stomach issues and developed normally. Devin still has a ways to go. Unlike all of my old friends, I don't have his first day of Kindergarten picture on facebook today. I am homeschooling him and don't believe he could function in a typical school setting, especially for 7 hours a day. Although he is talking, it remains a challenge and difficulty for him and he is very low verbal, some would consider him to be pre-verbal. He still has severe sensory issues. He still has problems with social situations. Mendability has been a great therapy for Devin and we are fortunate that he has been able to be in it for a year now. He has improved dramatically in attention, focus, sleep, and repetitive behaviors. He has seen some progress as well in speech. We are adding new supplements soon. He is not his diagnosis and is such an awesome little guy!! He works on the ipad, loves swimming and his trampoline, pesters his little sister, and tries to talk everyday. He wants to talk and everyday he tries. Every time he does talk it is in the right context. He wants and tries to socialize, but he has no friends. He doesn't want the behaviors he has and tries to control them. He is no longer that quiet unresponsive toddler! He makes good eye contact at times and remains a loving, funny and affectionate wonderful child. 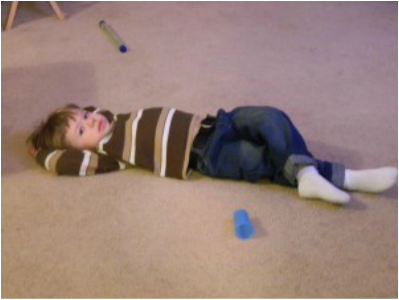 ​I give God the glory for putting the right people in our lives to continue to help him. I keep telling his story because vaccines from day one had a devastating effect on Devin. After his reaction I kept vaccinating him compounding the assault over and over again. It was like watching someone who was being slowly methodically poisoned over years and watching their bodies react from an accumulation of chemicals and toxins, deteriorating and just disappearing into himself. I sincerely pray all of the time that my story and countless others can make their way to people in positions of power to do something about it. Parents need to know that autism IS a side effect of vaccines and it is not rare. My son is 1:50 who now have autism. 1 in 6 children in America have a type of disorder. I had nothing but good intentions doing what I thought was everything right during my pregnancy and after. But I now have nothing but regrets and wish I was told the truth about the vaccine ingredients, the fact that a subset of children cannot excrete the toxic load, lack of efficacy, that they are giving too many vaccines and too many at the same time. In my experience not one vaccine is safe. Maybe my son's story can save future children and families from the horrific reality of vaccine injuries. The CDC knew vaccines contributed to autism in 2000. My son was born in 2008. We should have been told.
Devin's Story, and others like his, can also be found under "Meet the Children" at http://vaxtruth.org.
About    Blog    We Remember    Families Speak    Doctors Speak    Resources    Prayers & Messages    Subscribe    Contact
Vaccine Choice Prayer Community