Why I started researching vaccines . . .

I started researching vaccines in 1988 when I was pregnant with my third child.  The vaccine schedule was on the rise and I wanted to know why my baby would "require" more vaccines than her older sisters. 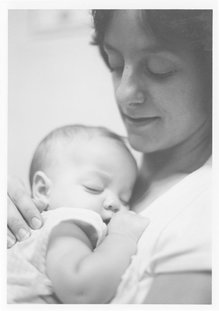 1978
When my first two daughters were born in 1978 and 1980, I knew very little if anything about vaccines.  Like most parents, I assumed they were "required." I knew nothing about vaccine ingredients or potential dangers; and  I don't remember ever receiving papers to read or sign before the vaccines were given.

My older daughters received the routine vaccines that were given in those days which included 3 DPT shots plus 2 boosters; 3 Oral Polio vaccines plus two boosters; and one dose each of Measles, Mumps and Rubella vaccine, given one month apart beginning at 15 months.  Although the combined MMR shot was available, my pediatrician did not use it.  I still remember him saying, “Children don't get all three illnesses at once; so I won't give all three vaccines at once.”  Looking back, I realize how wise he was and how lucky my children and I were that he felt that way.

Back then, it was believed that only one dose of the Measles, Mumps and Rubella vaccine were needed to impart lifelong immunity.  When my pediatrician told me that, I remember selfishly thinking, "Lucky me, my children get all the benefits and I won't have to deal with what my Mom had to deal with."  It wasn't until several years later that we were told that vaccine induced immunity was not long-lasting as previously believed.  I felt a bit betrayed and began to wonder, what else did we not know about these vaccines?  My girls missed out on getting natural measles, lifelong immunity and the ability to pass on immunity to their children in the future.  I still knew very little about vaccines; but I now realized that vaccines might not be so terrific after all. 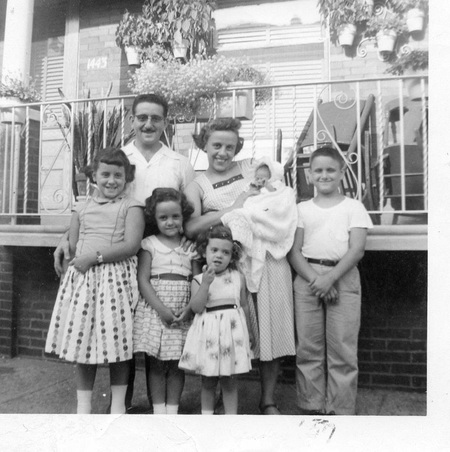 1957
I wasn't afraid of measles, mumps and german measles (rubella) the way many parents are today. My siblings and I, born between 1947 and 1957, all got them as did our cousins, classmates and friends.  As you'll see in the video about measles at the bottom of this page, It just wasn’t a big deal.

Actually, I have fond memories of those illnesses.   We got to enjoy a few days of extra special TLC with mom and usually another sibling who had  it  at  the same time.  I  can still remember my mom pulling down the shades because our eyes were sensitive to light when we had measles; tying a scarf or maybe one of my Dad's big hankies under our chin, bunny ear style on top of our heads when we had mumps; and a neighbor affectionately calling my youngest sister "chickenpox" long after her bout with chickenpox had ended.  It was all just a routine part of being a kid back then -- and nursing kids through those illnesses was a routine part of being a mom.  As a reward for their "inconvenience" moms had the comfort of knowing that their children were blessed with lifelong immunity; and those of us who later became mothers, were able to pass that immunity on to our children for the first several months of life.

In comparison, and I had to be fairly young, I remember hating going to the doctor's to get "needles" as we called them, especially ones  given in the butt!  Somehow, getting them in the arm, made the ordeal a little less traumatic.

Looking at the vaccine timeline, my siblings and I would have received the smallpox vaccine and shots for DPT and inactivated polio.  I also remember lining up at the local “junior high school” to get the “sugar cube” live polio vaccine in the 1960's.
Now, back to 1988 and my third pregnancy.  Chances are that had the vaccine schedule remained the same as it was in the late 70s early 80s, I probably would have done what I did with my older daughters. However, the vaccine schedule was on the rise and, as stated earlier, I wanted to know why my baby would "require" more vaccines than her older sisters. I started asking questions and looking for answers.

There was no internet back then, so I read and researched everything I could find on the subject and actually did find quite a bit.  I visited health food stores and talked with customers and people working in the store.  I attended talks about homeopathy and naturopathy, healthy living, organic foods, etc.; and began to accumulate information. I still have the books and publications I acquired back then and my vaccine reference library has grown considerably since then.

My original pediatrician was no longer in practice, so I searched until I found a pediatrician, who, after we talked, was willing to respect my decisions to delay and be selective with regard to vaccines for my baby.  She shared information from the CDC, offered her input; and even acknowledged that it was obvious that I had done my homework and was making an informed decision.
I reached out to my own mother and other older moms to ask about their experiences raising children in the pre-vaccine era.  The response was always the same, measles, mumps, rubella and chicken pox were "no big deal." My mother did tell me that since there were five of us with a tendency to get the illnesses in pairs followed by the straggler, she was often stuck inside for weeks!  Sorry about that Mom . . . and thanks!  When I was launching VCPC and asked my then 87 year old aunt and mother of four about measles, she just laughed and replied, "Never thought much about it. Just waited until they ran through the house and were finished!" To that, I can add from my personal experience with my middle daughter getting chickenpox at age 9-1/2 and her baby sister getting them about two weeks later at the age of 15 months, it was "no big deal."
Once you start researching vaccines, and seek information from independent sources other than vaccine makers, government, CDC and AAP (American Academy of Pediatrics) sources, you will learn so much; perhaps more than you ever wanted to know.  Once your eyes are opened, there's no turning back. It doesn't take long to realize that there's a lot that we have not been told about vaccines; and what we have been told, is not necessarily true. You might be surprised to learn that vaccine makers and physicians who administer vaccines are protected from liability in the event your child is injured or dies; and that vaccine risks and failure, as well as people who refuse to comply with the “recommended” vaccine schedule, is nothing new. The vaccine controversy began with the earliest vaccines.

When I was a young mom seeking information and sometimes struggling to make vaccine and other holistic health decisions for myself and my children, I promised myself that one day I would do what I could to make things easier for other young moms.  It's a much different world now, with lots of information readily available. It can get overwhelming. Perhaps what you will find within the pages of this website will make things a bit easier for you or someone you love.

Listen to doctors and scientists who question vaccine safety and policy and have the courage to speak out.  Do your own research, pray for wisdom and guidance and never, never go against your God given instinct.  If I can help, or if you want a few extra prayers, please don't hesitate to reach out.  God bless and take care . . . Jeanette,
Popular family TV shows from the 1950s and 60s about Measles.
About    Blog    We Remember    Families Speak    Doctors Speak    Resources    Prayers & Messages    Subscribe    Contact
Vaccine Choice Prayer Community